The LA Dodgers go into Game 4 of the 2020 World Series with a 2-1 lead and look good value to clinch their first World Series since 1988. This year’s showpiece event takes place entirely at the Globe Life Field in Arlington, Texas due to the COVID-19 pandemic though fans of the sport will just be glad to have the MLB season running in any circumstances.

Though there is restricted access to fans during the coronavirus outbreak there will be 11,000 fans present cheering on their respective teams in what has thus far been a very exciting World Series.

The Dodgers took game one 8-3 before Tampa edged to a 6-4 win to level matters before home runs from Justin Turner and Austin Barnes helped LA to a 6-2 in game three. 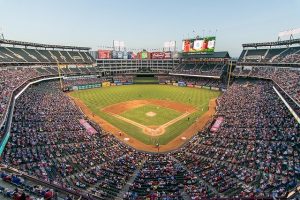 Dave Roberts has seen his LA Dodgers side impress throughout the season, finishing the regular season with an unrivalled 43-17 record before they easing past the Milwaukee Bucks, San Diego Padres and the Atlanta Braves to reach the World Series with relative ease.

This is only the Tampa Bay Rays second appearance in the World Series and their first in over a decade, they also impressed in the regular season but had a more problematic route to the big finale, including a seven game win over the Houston Astros in the MLB Playoffs, where Tampa had blown a three game lead before clinching a nervy 4-2 win in game seven.

MLB Odds to win the 2020 World Series (With Bovada)

This match-up has been much publicized as something of a David vs. Goliath affair and right now the online betting odds are definitely favoring the Dodgers and there will be those who believe that the Rays just don’t have the big-game mentality to stand a chance of unseating their favored rivals.

Game Four, as always, will be crucial and the Rays can not afford to slip up and there is certainly a mountain ahead for Kevin Cash’s side to scale if they are to clinch a first World Series title.

The difference in size of these two outfits is perhaps best displayed by the respective payrolls of each side. The Los Angeles Dodgers tops the MLB with a payroll of $95.6m whereas the Tampa Bay Rays, ranking 28th, pays out $29.3m.

The two sides have met on 17 occasions, with LA winning out on ten occasions, and it would take a brave gambler to back the Rays to overcome their much more prestigious rivals, especially in such a massive event as this.